Can love set you free?

Becky Cooper has "let herself go" - at least, that's what her friends say. But as a thirty-two year old widow, Becky hasn't got time to worry about the way she looks. Her husband wasn't the man she thought he was and she's struggling to pay off his debts, raise their five year old daughter and come to terms with the past. Make-up and new clothes are way down on her list of "must-haves" and as for romance - forget about it. A man is the last thing she needs.

Her friends think she's wrong, and when the undeniably gorgeous, divorcee, Max Bedford, arrives in the village, they decide he would be perfect for her. His mum's just moved into Beckleston Hall and he's staying for a while. But Becky's already met him, and feels he's far from perfect; he's rude, arrogant and annoying. Besides, if the gossip is true, he can have his pick of women, so he wouldn't be interested in her.

That's just one of the things Max and Becky disagree on. For some reason that he can't quite fathom, Max is very interested in the feisty woman he's just rescued, and whilst the last thing he's looking for is a serious relationship, dating her could be a lot of fun.

When Becky is employed to organise Lizzie Marshall's Wedding, introducing her to Max's ex-wife and a group of people whose lives seem even more complicated and confusing than her own, she begins to discover she's not the only one with "baggage".

Can love set her free? Or will Max Bedford break her heart? 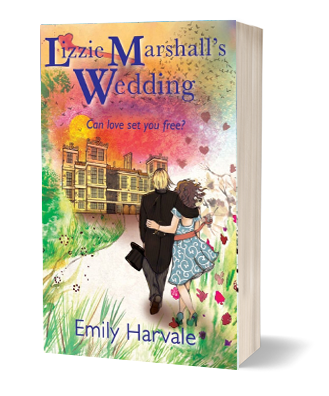 SKUL LOVER
Reader review
Brilliant
"Love this book. Excellent story telling. Following the Highland Fling book. Becky's life is a roller coaster and her friends are in for an adventurous ride. Highly recommend for an unforgettable journey of life and loves."
Chris Ayres
Reader review
Fantastic feel good tale
"This book follows on from Highland Fling, and does not disappoint. I loved how this story had so many twists and turns in it, and some really heartwarming threads running through it. What a catch Max Bedford is. What an incredible storyteller Emily Harvale is."
jam
Reader review
Another great read from Emily Harvale
"One of my favourite authors. I suggest you read Highland Fling before this one as it sets the background story. A great romance with few twists along the way."