Love can be full of surprises

Thirty-two year old Lizzie Marshall, fled to the Scottish Highlands after her husband, Max’s affair. But running a B&B under her maiden name doesn’t mean she’s over him, and advice from her best friend, Jane, who can’t sort out her own love-life, isn’t helping. Max wants Lizzie back, but can she ever trust him again?

Jack Drake’s having serious doubts about his fiancée, especially as he’s not really sure how he came to be engaged in the first place! Does he love her enough to marry her, or should he end things before it’s too late? He’s hoping a weekend in Scotland with five of his friends, will help him decide.

Forty-five year old farmer, Iain Hamilton, vowed he’d never marry again, and a thirty-two year old woman from London is the last person he should be interested in. If only he could stop thinking about her...

When Jack and his friends arrive at Lizzie’s B&B for a long weekend, love seems to be on everyone’s minds. But more than one person, is in for a surprise. 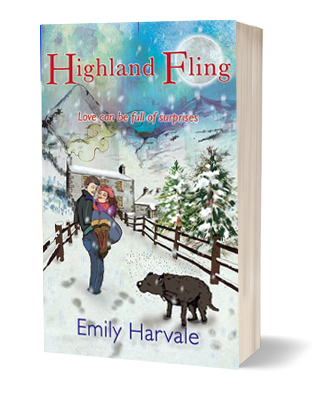 Rani S
Reader review
Highland Fling
"A really lovely book about love at first sight, misunderstandings and getting wires crossed, complicated relationships and attachments and all presented in a really light hearted fun way!"
Reader review
Fab
"Great book. Different story. Some laughs and some tears but ultimately the right ending. Downloaded the follow up book straight away and was not disappointed. This is chick lit at its best in my view."
Beverley
Reader review
Funny and witty
"Very enjoyable and made we want to get back to Scotland as fast as possible. Funny and witty, you race to read to the end but wish you still had more to read as you can almost smell the air and feel you know all the characters, sipping whisky and sampling homemade shortbread. Great fun!"