Laurel French is happy - and why wouldn't she be? She's young, free and single; she owns The Coffee Hideaway, lives in the prettiest village in East Sussex and is surrounded by friends... even if some of them are a little eccentric. What more could she want? Love? Not Laurel. Love is the last thing Laurel wants to think about... because it's unrequited. Ned Stelling is in love with someone else.

Jamie McDay is miserable. Hollywood has become a gilded cage. The paparazzi are snapping at his heels, and since he dumped his co-star girlfriend in a spectacularly stupid public display, he's been dropped from the Vampire series that made him a heart-throb movie star. Visiting his friend, Gabriel Hardwick will cheer him up. Hideaway Down may be a bit 'twee' but local stunner, Ivy Gilroy could definitely put a permanent smile on Jamie's face. That's if he can persuade her to dump her boyfriend, Ned. 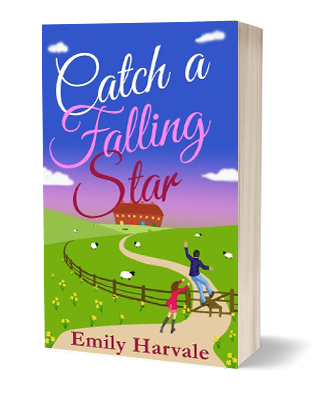 madlizzie
Reader review
Superb!
"From the moment I started reading this book I was transported to Hideaway Down. Yet another brilliant book by Emily that has characters you can believe in and relate to such as Ned and Laurel. Love the geese as you can imagine them strutting their stuff. So pleased I discovered Emily's books as they take me on a magical journey of life's ups and downs and the added bonus of being set in Sussex."
JS
Reader review
Excellent
"Love these books. Can highly recommend this author."
D A CONSTABLE
Reader review
Love the village atmosphere and the characters
"Emily has a way of quickly drawing you into her books. Love the village atmosphere and the characters, having worked in a village Post Office for fourteen years it is so true that not a lot is a secret in these places. Really liked that right up to the last few pages you never knew which way this would end. Looking forward to the next!"