A heartwarming, uplifting read, brimming over with romance.

Marian’s life isn’t going well. She’s been secretly in love with one man for most of it. Now he’s found ‘The One’ … and it isn’t Marian. But that’s not her only problem. She’s struggling to pay the bills for her business, Cove Café, and serious trouble is brewing.

Marian needs a miracle. Or a Lottery jackpot win. Otherwise, her café will have to close and all she’ll have then is a broken heart, a dwindling bank balance and secrets she’s trying to hide.

Parker is making a fresh start. He’s been planning this for years and he’s finally on his way. As the captain of his own luxury motor yacht, he’ll soon be cruising the balmy waters of the Med with his wealthy clients. But as he navigates the English Channel, a storm is already looming.

Parker doesn’t need severe weather forcing him to find a safe harbour. Or his crew threatening to leave. His dream of a new life is at risk of running aground – and it’s only the second day.

‘Everything happens for a reason,’ Marian’s mum always said, along with, ‘Ask the Universe, and it will provide.’ Right now, asking the Universe might be Marian’s only hope. And possibly Parker’s, too. But perhaps Marian’s mum was right. Maybe things do happen for a reason. Marian and Parker are about to find out.

This is book 2 in the Clementine Cove series, but each book can be read as a standalone. 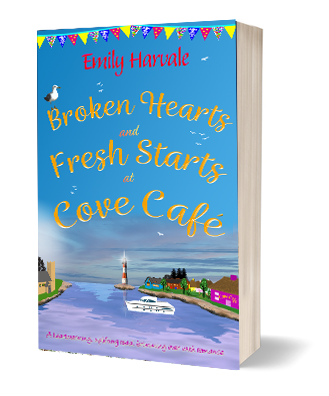