I have been adopted! 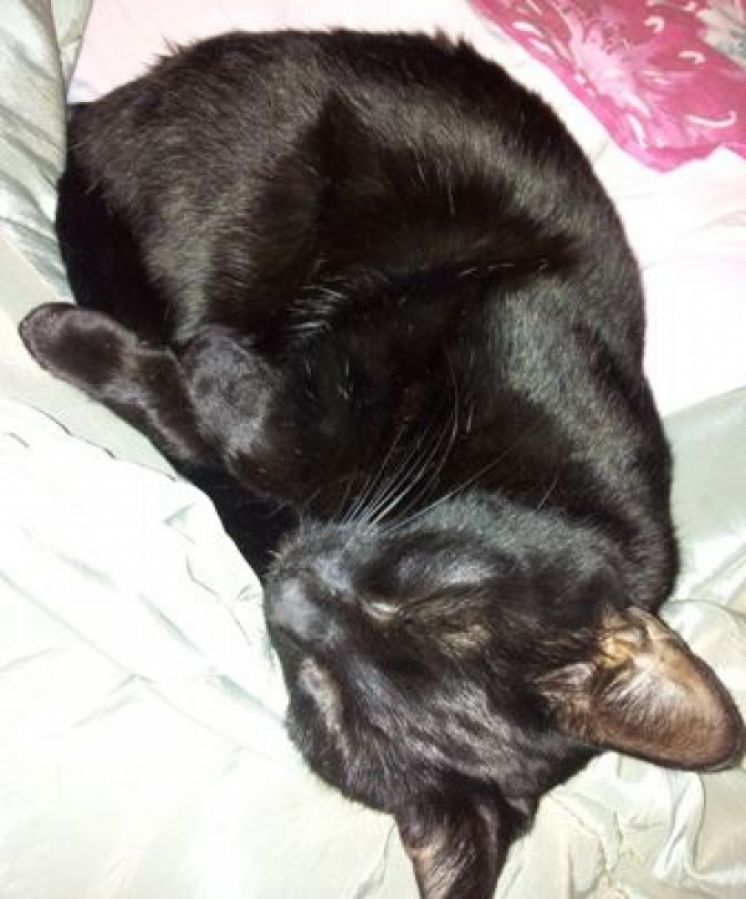 No form filling. No background checks. Nothing. He just strolled in, decided he liked me (and my home) and he hasn't left since - other than to go out to check on his territory and to carry out certain bodily functions, that is. Yep, that's right. I've been adopted by a cat.

Nothing special about that, I hear you say, it happens all the time. You're right, of course, but the thing is, this cat belongs to my neighbours so why on earth, has he chosen to live with me? Is it teenage rebellion? Is he sulking because someone else is sleeping in his favourite bed? Does he not like the food they give him? I've asked all these questions and more but so far, he's refused to answer.

I suppose I'm to blame. I should have shooed him out the first time I found him curled up on my bed. I was going to, honestly, but he looked up at me with such sad little eyes ... and it was raining ... and he seemed so cosy ... and he is the spitting image of my beloved cat, Sylvester; the cat, some of you may recall, I lost to cancer last year, so I didn't.
He looked very hungry, so I fed him. He kept coming back, and as it was either snowing or raining or cold, I left him. I thought he was a stray. Anyway, every night he would get up and leave so it occurred to me that he might have a home. Apparently he does. He lives next door and his name is Marmite.
I told my neighbour that Marmite is in my home every day and his response was, 'Just throw him out when you're fed up with him.' He meant it in the nicest possible way, I'm sure - they have six cats and they clearly love them - but it wasn't helpful. He did pick him up and take him home, though. Fifteen minutes later, with a decisive bang of the catflap, he was back - the cat, not my neighbour. He now seems to spend his nights here too. He's curled up on a chair in the sitting room each morning when I get up. As I write this, he's sprawled across the window seat. 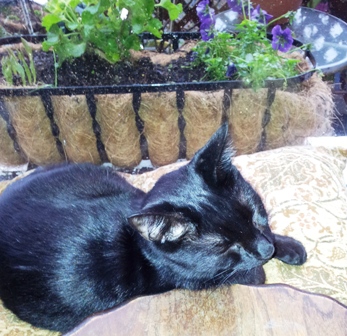 I've tried to discuss this with my own cat, Phoebe, but she now seems bored with the whole thing. At first she hissed at him and he would slink away. Then she just stared at him whilst he skulked around. Now she ignores him - unless he gets too close, in which case she gives him one of her throaty growls of warning. I don't want her to be upset so I'm paying her even more attention than usual. She seems okay. 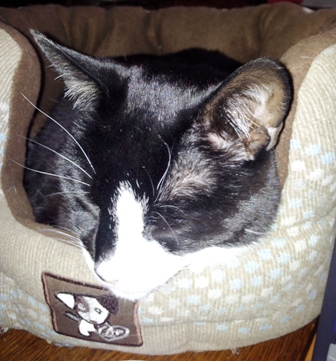 So there it is. I've stopped feeding Marmite, in the hope that he'll go home but it hasn't worked. Now he just goes out to eat and comes straight back. I should shoo him out ... but it's raining again.

« Back
Tweet
More in this category: « The Golf Widows' Club Help! Too many ideas »
back to top