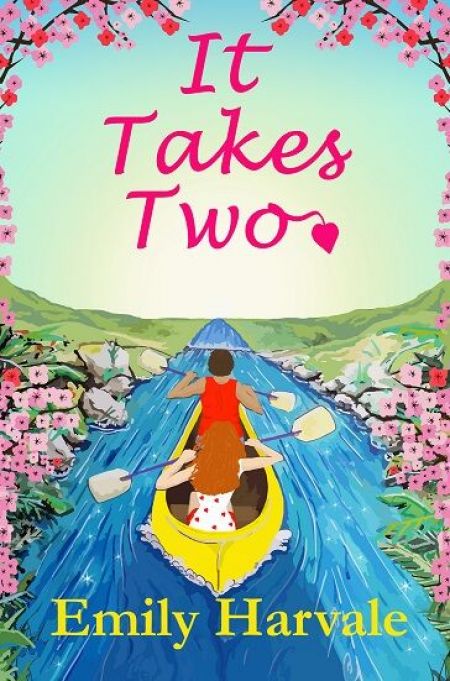 Alison Warner jabbed with her spoon at the dusting of chocolate powder on her third cappuccino until it no longer resembled a heart. Satisfied, she sank back against the red faux leather of the bench seat and yawned.

Her best friend, Simon sat opposite, talking animatedly, and Ali stared at the giant pink-purple stain that stood out like an open wound on the front of his crumpled white shirt, where she had accidentally spilled a large glass of red wine down it at her cousin Sasha’s all-night engagement party. Her vigorous attempts to remove it had clearly made it worse.

Every so often, Simon leant forward, raised an arm in the air and gesticulated wildly with his agile hands, pressing his firm torso against the chrome trim of the white Formica table. It was most unlike him. Simon was usually the quiet one, letting Ali do most of the talking. But she was too tired to speak and was only half-listening.

She couldn’t remember the last time she had stayed up all night and the previous two cups of coffee didn’t seem to be doing a particularly good job of keeping her awake. The massive full-English breakfast – or ‘All Day Special’ as Josie Tate, the owner of the retro American diner, called it – that she and Simon had both just eaten, probably wasn’t helping either. The coffees definitely hadn’t done anything to relieve the pulse-like throbbing in her head. That had started shortly after Simon began talking about the number of people getting engaged lately. Marriage wasn’t Ali’s favourite subject, as Simon well knew, and as all those involved were either friends or family of hers, she hardly needed Simon to remind her. What she needed was at least eight hours’ sleep, but that wasn’t possible although it was Sunday and, strictly speaking, her day off.

‘Everyone needs someone special in their life.’ Simon stared into his coffee as if he expected that someone to suddenly appear in his cup. ‘I’ve been thinking about it a lot lately. I mean, let’s face it...’ He shot a look at Ali. ‘My dad was married with a kid, namely me, by the age of thirty. And dead from a heart attack at thirty-four. I’ll be thirty-five in a couple of months.’

That caught Ali’s attention. ‘You’re not suggesting you think there’s a possibility you’re going to die, are you? Because that’s utter nonsense. You know your dad was born with a heart defect. Your heart’s perfectly fine. It wasn’t genetic.’

Simon waved his hand in the air. ‘I know. I’m not talking about dying. Not yet, anyway. Although we all have to go sometime and no one knows when their time may be up. You’re missing the point. I’m talking about the future. You know. Marriage. Kids. That sort of stuff.’

‘You always say that. But we’re not getting any younger, are we?’

Ali shrugged and let him carry on. She didn’t have the energy to debate the subject. There were far more important things for her to think about. Like whether or not she would still have a job after her meeting later with her new boss, Aidan Rourke. Or the fact that, if the searing pain in her feet was anything to go by, there was a distinct possibility she might not be able to walk for several days.

She pressed her bare feet into the cool, black and white checked, ceramic tile floor of the Shimmering River Diner. It wasn’t as refreshing as dangling her aching feet into the ice-cold waters of the Shimmering River itself, but she definitely didn’t have the energy to do that. The tiles did at least reduce the burning in her soles. They also eased the pain of the seemingly identical, bulging blisters on each of her big toes and, with a sigh of relief, she closed her eyes for a few seconds to savour the sensation.

Birdsong, and the burbling waters of the Shimmering River competed with Simon’s voice as a gentle breeze teased the leaves of the trees dotted along the riverbank, a few metres away. Even with her eyes shut, Ali could picture every inch of the view outside the window where she and Simon sat: the sun-bleached timber deck, stretching the full length of the diner; the wooden steps, slippery in the wet but now creaking like old, dry bones after the spell of excessively hot, June and July days and, the riverbank below, where the grass was a little too long and scattered with daisies, buttercups and other wild flowers. Here, this fork of the river was wide and shallow, lapping against ancient stepping stones which some people used to cross to the lush green fields opposite, ignoring the moss and lichen-covered stone bridge that provided a far safer route.

Less than a mile farther down, after meandering through the fields, the water tumbled over a two-metre-high drop into a lake and from there it met a deeper, fast-flowing fork. Together they formed a more substantial body of water and traced a wider, faster and in places, rapid-filled course down to the sea two miles beyond.

This stretch of the river, from the arch of the bridge, to the lake, the rapids and the wide mouth as the river spat itself into the sea, were all visible from the Shimmering River Diner, as was the village of Shimmering-on-Sea – which wasn’t so much ‘on sea’, as ‘above sea’.

The diner had the perfect vantage point, perched at the edge of one of two exceedingly steep hills overlooking the valley known as Shimmering Haven. The other hill rose up on the opposite side of the river, and the village, made up of three-hundred and fifty homes and a scattering of shops, stretched from the fields at the bottom to the cliff-like top. House prices in the village reflected the position of the house. The cheapest ‘fishermen’s cottage’, prone to flooding at the river edge, to the wallet-busting ‘sea-view mansion’ on the crest of the hill. Not that any house in Shimmering-on-Sea could be classed as ‘cheap’ these days, not by most people’s standards.

Ali loved the diner as much for its view as she did for its heavenly breakfasts. The lunches were pretty special too. And the afternoon teas and freshly baked scones, piled high with lashings of Josie’s home-made strawberry jam, and thick fresh cream almost the colour of butter. Josie herself was a cheerful sight to behold, dressed as she always was, to emulate the quintessential American waitress, mixed with a few liberal helpings of Marilyn Monroe. For a woman closer to sixty than fifty, Josie Tate was wearing rather well.

Soon, Ali would have to leave the comfort of the cosy booth, put her high-heeled sandals back on and walk home … if she could. She needed to shower, get changed and head down to The Shimmering River and Water Sports Centre to meet her new boss. What a truly unappealing prospect that was.

Apart from the fact that the job of manager had been as good as promised to her by the recently retired former owner; the new guy didn’t know a thing about running a water sports centre. From what Ali had heard, the only thing Aidan Rourke knew anything about was having fun – and spending his dad’s vast fortune. A fortune acquired by Mr Rourke senior buying up small sports and leisure businesses, like the one where Ali had worked for the last four years, and turning them into high-end, exclusive clubs with sky-high membership fees. Or worse still, using the land on which they sat, to build ugly, executive homes – similar to the one in which Ali and her parents currently lived (although their house wasn’t built by Rourke Homes, thankfully) – to be sold at extortionate prices.

Ali detested people like the Rourkes, who saw only pound signs where most people marvelled at the scenery, the sort who ruined villages and communities without a thought for those whose way of life the bulldozers and new-build estates were destroying. She hoped the Rourkes didn’t have redevelopment plans for The Shimmering River and Water Sports Centre. It occupied a prime position set back slightly from the mouth of the river. A rickety old building made from wood and glass, it sat on tall, wood and iron stilts, built into the bank. Beside it sat a large, stone boathouse, a small dormitory building and a shower and toilet block together with a boat yard, a wooden pier and a concrete ramp leading down to the sea. In all, the centre covered several acres of land, and the entire village of Shimmering-on-Sea had talked of little else but the Rourkes’ plans for the place, since news of their purchase of the centre had spread.

Ali disliked Aidan Rourke long before she’d been told he was taking what should have been her promotion. But she mustn’t think about that. She’d have to find a way to get along with the entitled idiot, for everyone’s sake, not just her own. And she would ask, point-blank what the plans were for the centre, unless he made it clear from the off.

Simon suddenly sounded as if his tie had become too tight. What had he been rabbiting on about? Glad to have her mind dragged away from unpleasant thoughts, Ali opened her eyes to see what was wrong. The tie wasn’t the cause. It lay coiled on the table like a snake basking in the morning sun.

‘So what do you say?’ Simon looked somewhat sheepish. ‘I expect the answer will be no, but I think it makes perfect sense.’

‘What does?’ She hadn’t heard a word he had said for the last five minutes.

‘Getting married. Us. You and me.’ Simon swallowed and his Adam’s apple jerked up and down his bronzed neck.

Ali blinked. At least three times. He was joking, of course.

Except he wasn’t smiling and there wasn’t the slightest hint of his trademark, playful, boyish grin.

Perhaps the copious amounts of alcohol they’d consumed at Sasha’s all-night engagement party had completely addled his usually razor-sharp brain. Or maybe he needed more than the two cups of espresso coffee he’d already drunk and the third he was cradling in his palms, to bring him back to his senses. And yet … he wasn’t even slurring his words.

‘Haven’t you been listening?’

Ali shrugged. ‘Kind of. But I’m tired. I think I must have missed something. What did you say? Exactly.’

‘I said.’ He took a deep breath and held it for a moment. ‘Why don’t we get married?’